The Top 10 Most Dangerous London Boroughs

Rolling figures from the Metropolitan Police show that, in almost every area, crime in London is on the rise. Worryingly, serious crimes such as knife crime (of which 80 percent of incidents go unsolved), homicide (up 14 percent over the past year), and criminal damage and arson (with a rate of 7.3 per 1,000) are becoming more commonplace.

But London is a big place. And crime is not evenly spread. To help you understand which of London’s 33 boroughs are the most dangerous, we looked at the last 12 months’ worth of data (to September 2016) and created a list.

Deciding how to rank the boroughs – which vary greatly in size, population density and the seriousness of crimes – was difficult. To keep things simple, we ranked them in terms of the total number of crimes committed.

With 27,870 crimes in the last 12 months, Ealing’s crime rate is particularly high given its relatively small size – 21.44 square miles, making it only the 11th largest borough in London. However, Ealing’s large population means it the third most populated, which goes some way to explaining the amount of crimes committed in the area. In the last year, there were 9,569 incidents of Violence Against the Person, 182 rapes, 666 robberies, 71 case of gun crime and five homicides.

Formed in 1965, Islington, at just 5.74 square miles, is the second smallest borough in London. Well-developed and affluent, Islington’s high crime rate (27,952 incidents) may come as a surprise to some. However, its affluence could well be part of the problem. Talking to St John Street News, PC Jason Burton explains that those looking to commit crimes often target well-developed areas: “It is easy for people to walk over into Islington, where people are a lot less careful. People walk around with their phones out, leave things in their cars. That’s how you get things stolen.”

Recently voted one of the top places to live in Britain, East London borough Hackney is known today for the Olympics, open spaces and inspiring architecture. A textbook example of gentrification, the “new Hackney” may be loved by millennial urbanites, but some born-and-bred residents feel the area has lost much of what made it unique. Still, with 28,443 crimes, Hackney certainly shouldn’t lose its reputation as a dangerous borough – yet.

Containing much of the redeveloped Docklands – including West India Docks and Canary Wharf – Tower Hamlets is known for its Brick Lane restaurants, famous street market, woodwork, skyscrapers and imported carpets and clothes. Densely populated (295,236 residents), Tower Hamlets covers 7.63 square miles, and is considered one of the UK’s most racially diverse zones. However, with 29,856 incidents, it is also one of the most dangerous boroughs in London.

Located 9.5 miles from Charing Cross, Croydon is one of the largest commercial districts outside of Central London – and is named in the London Plan as one of the 11 metropolitan centres in Greater London. But, with 29,884 incidents and one of the highest levels of youth violence in London, Croydon certainly has a darker side.

Camden, one of the most unaffordable places in London, is renowned as a tourism hotspot, boasting fashionable street markets, music venues and strong associations with London’s thriving alternative culture. It doesn’t sound like a particularly dangerous place; however, this small borough saw 29,886 incidents of crime in the last year, including 58 incidents of gun crime, five homicides, 7,721 incidents Violence Against the Person and 858 robberies.

Newham recently lost its status as one of the top 20 most deprived local authorities in England, and, until last year, had seen crime reduce year-on-year since 2005. But this East London borough, which was one of the six host boroughs for the 2012 Olympics, still has some way to go. With 30,397 incidents – including 7 homicides, 9,775 incidents of Violence Against the Person, 2,120 burglaries and 113 incidents of Gun Crime – Newham is officially the fourth most dangerous area of London.

Connected by bridges across the River Thames to the City of London, Southwark is home to some of London’s most famous attractions – including the Shard, Tate Modern, Shakespeare’s Globe Theatre and Borough Market. However, in 2015, Southwark was revealed to be the Borough where a stabbing is most likely to occur, with 605 incidents in just three years. Since September last year, the Met recorded 32,338 incidents, making Southwark the third most dangerous London Borough.

Lambeth is one of 14 local authorities which make up inner London. Vibrant and diverse, Lambeth, with a population of around 303,000, is one of the most densely populated boroughs of London. Rated the second least peaceful area in the UK in 2013, Lambeth has long been considered a dangerous area. And the latest statistics reinforce this perception: with 35,691 incidents – including 10,821 incidents of Violence Against the Person, 1,142 robberies, 3,016 burglaries – Lambeth is a particularly dangerous are given its size.

Home to most of the West End, St James’s Palace, Buckingham Palace, Oxford Street and Regent Street, Westminster is quintessentially London. Even so, its status as the most crime-ridden London borough may seem to make sense when you factor in that the Houses of Parliament are located there. However, since expense scandals and fraud aren’t included in the Met’s crime figures, something else must be going on. Westminster has for years been the borough with the highest violent crimes rates per person, and has one of the highest crime rates in the UK. With a whopping 49,765 incidents, this tiny borough is especially dangerous.

Visiting London? See our top safety tips for tourists for advice on how to stay safe in the city. 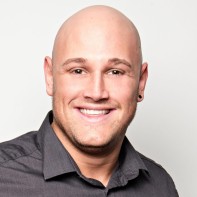 John is highly motivated and an asset to Churchill's team with over eight years of experience within the industry. As a director in the company John is responsible for managing the client relationship team, John ensures that every client is listened to in order for Churchill to provide the best, high quality, cost-effective service that meets their specific requirements.